Dr. Alexander Rahm is a veterinarian in Santa Cruz with a special interest in reptile medicine. 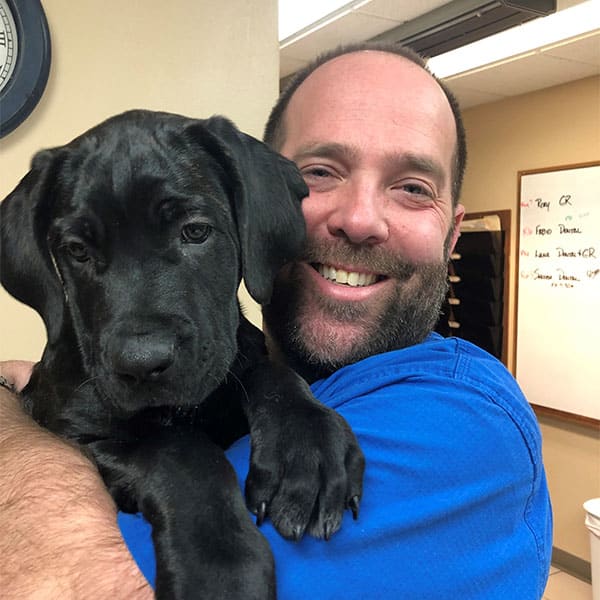 Dr. Alex Rahm was born and raised in Southern California. He was exposed to various animals and wildlife and grew up especially interested in the snakes and lizards he found in his backyard. Dr. Rahm received his Bachelor of Science degree in Biological Science at Biola University in Southern California, and also received a Master of Arts degree in Philosophy of Religion and Ethics from Biola University.

While obtaining his Master’s degree Dr. Rahm performed a research project tying in veterinary medicine and philosophy/ethics, specifically regarding the existence of animal souls and their implications in pet euthanasia. Dr. Rahm received his Doctorate of Veterinary Medicine from Western University in Pomona, California. Dr. Rahm moved to Colorado Springs in September 2011, where he worked for 11 years before returning to California and Santa Cruz.

Dr. Rahm has a special interest in reptile medicine and during his senior year in veterinary school was able to participate in externships with two prominent reptile medicine specialists, where he was able to assist in treating various animals such as alligators, sea turtles, Burmese pythons, and snapping turtles, while also taking part in trap/neuter and release efforts with the wild population of iguanas in the Florida Keys. Outside of veterinary medicine.

Dr. Rahm also enjoys spending time with his wife Hannah and the multiple animals in their “zoo,” consisting of a German Shepherd, cats, frogs, snakes, and lizards. He also enjoys cooking and is an avid ice hockey player and fan.

Companion Animal Hospital is currently accepting new patients! Our friendly vets are experienced in caring for the needs of Santa Cruz's companion animals including cats, dogs, and exotic pets. Contact us today to schedule your pet's first appointment.